🎨 The image displayed on my watch is unsafe!Ferris by @‍whoisaldeka on Twitter, first posted here under CC-BY... though technically speaking I downscaled the SVG version that's in the Rustonomicon.

I recently succeeded at writing a watch app for my old Kickstarter Pebble and made some discoveries in the process that may be interesting to others working on similar projects or FFI bindings in general. This post is part one of a two-part series, with the other (planned to be) covering some tricks you can use when wrapping an OOP C API.

💁‍♂️ Some of the advice in this post hinges on the e.g. nightly-2020-10-30 #![feature(extern_types)]. To my knowledge, there is currently no fully sound way to use fully opaque references on stable!
Should the feature change, please ping me with a comment and I'll update this post accordingly.

A good starting point when writing FFI bindings is to transliterate the original C headers as closely as possible. For example's sake, we'll examine a few functions from this page of the Pebble SDK docs:

Extern types have a few useful properties, like not implementing any of the auto-traits by default. They are considered fully thread-unsafe and panic-unsafe, unless you explicitly specify otherwise. We're dealing with a watch that doesn't support threading at all, and also doesn't know exceptions beyond bailing from a faulty app, so for the most part we'll ignore this aspect.

A more interesting, and unique, property is that references (& and &mut) to extern types are FFI-safe as slim pointers while the type itself is considered unsized.
Rust normally really likes to reorganise the backing storage of references: Small values passed by reference can be "inlined" and passed by value instead, if that produces faster or smaller code. Even data behind a mutable reference can be copied and later written back due to Rust's strict aliasing rules. However, if the size of the data isn't known, it can't:

No, not really. There are a few finer points to take care of here. You may have noticed that I didn't cite any of the non-code documentation. (Examples aren't necessary exact copies from here on out.)

Hm... So this window creation function is actually fallible, but window_destroy expects a valid Window handle 🤔
We couldn't tell from the signature alone because in C, all pointers are nullable. The developers would have had to compromise on convenience and/or write unidiomatic code to avoid this. That window_create can fail but window_destroy expects an actual instance makes sense too: This API is the same across all watch generations that were made, which includes my "aplite" with only 100kB RAM in total, and only 24kB for app executable and heap combined. Creating too many Windows will fail eventually.
Apps will usually configure their windows, so it's more efficient to assume they will branch once after creation than making every other function accept null pointers. On a low power device, that's a sensible design in my opinion.

In any case, the first binding above lets us write the following unsound code without a complaint from the compiler:

That's a segfault in the making.

Can we do better? In stable Rust, the answer is "somewhat":

It's a bit awkward, but NonNull is FFI-safe and tells us precisely when the pointer points to actual memory. We lost the const qualifier on window_get_root_layer's argument, but that's an okay tradeoff to avoid a hard-to-debug segfault.

That's one conditional double free and one API contract violation 🙁
(This layer wasn't "created by layer_create". We got it from the Window instance which presumably dismantles it on destruction.)

Can we do better? Not on stable. Our opaque newtypes above are zero-sized, so their address would likely be erased when handling references to them. Similarly the core type c_void is, as of Rust 1.47.0, implemented as

That's not unsized. It's actually quite a bit smaller than a usual reference too, so the compiler will most likely shift this memory around a lot if we create a & or &mut reference to this type!

💁‍♂️ But even creating the Rust references would be undefined behaviour already, if we use it as stand-in for opaque C types: We can't be sure that the memory location contains a valid discriminant for this enum (or, for that matter, exists at all, but that's secondary here). Creating a Rust reference to a (potentially) invalid value is immediately unsound, even without dereferencing it!

There is a better way (coming)

As mentioned before, it is safe to create references to extern types regardless of their underlying data (though the API in question may limit this). With this in mind, we can rewrite our FFI bindings with full (shortened) documentation like this:

💁‍♂️ There is one important caveat to this. I'll get to it later, and it's a bit of a nasty footgun, so please bear with me.

That's short! The functions' signatures say a lot about how to call them already, so there was room to add other information undisturbed.

Something a bit peculiar is how commonly &'static mut ExternType appears, which is pretty unidiomatic in regular Rust. I think the best way to describe these references is as "exclusive handle": There are no storage limitations on them, so you can move them across the heap without problem, but once you pass them into a function (like the destructors here), they are gone.

Great! Note that this isn't perfect - we could for example destroy the root layer if we leak the window, which could be prevented with likely zero runtime cost with additional #[repr(transparent)] newtype wrappers and proxy functions - but for concise FFI bindings this is a seriously low footgun density.

💁‍♂️ This is still an unsafe API in other respects. For example, the window stack API gives out long-lived window handles that collide with handles we already hold, and there are some places where valid parameters are limited in a way Rust's type system can't represent directly.

There is one really important rule to keep in mind when designing FFI bindings like this: A mutable reference cannot be aliased. Doing so is immediately undefined behaviour.

On a safe API, this generally isn't a problem: There would be either exactly one location to acquire an exclusive handle like this, or wrapper types that drop the restriction internally. (We can't quite do this in a pure FFI binding, because the type in question would have to follow borrow semantics while implementing Copy to be passed as value.)

In the last line, window and the temporary mutable reference &mut *popped are aliased. Most importantly, this was low friction on the consumer's part, too. Not good!

What went wrong? The issue here is that window_stack_push sets us up for retrieving the window handle later, but doesn't take exclusive ownership of it. In C this makes sense: No part of the API is marked restrict, the handle stays valid after this API call and manipulating it afterwards is a common pattern.

Rust isn't so lenient, so let's fix the extern declarations for our purposes:

Barely anything changed, but… suddenly the program is well-formed?

The reason for this is that popped is now directly derived from the window borrow, without releasing it in the meantime. Parallel aliased &mut references are UB, but they are also nestable and reentrant¹, which means the code above checks out.

💁‍♂️ A high level wrapper will probably want to reorganise the API so that it holds onto a Window reference independently of threading it through the C callback API mentioned further below. This can be done by downgrading it to a pointer while at rest, combined with careful (safe) API surface restrictions, but the details of that are material for another post.

💁‍♂️ Visibilities didn't matter much before this, so I left them out to reduce noise. I'll include them from here on out.

Instead, the way we can model the API correctly is as follows:

NumberWindow inherits properties from both PhantomData (here a variant lifetime, but no accessible data) and ExternData (unsized with slim pointer). It's a newtype that behaves as "limited-lifetime foreign type".

💁‍♂️ NumberWindow sports a user data pointer (callback_context above) on the C side, and I'd very much like to expose that in a strongly typesafe way too. Making NumberWindow itself generic over a type isn't a problem because of PhantomData, but the following is unfortunately not legal in Rust:

Something to note is that number_window_destroy still takes an indefinite exclusive borrow (&'static mut). This parameter can't be relaxed more without making unsound usage convenient.

The NumberWindow here is still NumberWindow<'_>, but Rust doesn't actually allow a &'static NumberWindow<'_> to exist, so the consumer has to use a slightly longer pointer cast (&mut *(number_window as *mut _ as *mut void as *mut _)) to destroy it. If you have a better idea for how to bind this (in context!), I'm all ears.

There is one final point I'd like to cover, which is the interaction of generic foreign types and function pointer types. On the C side, the following definition exists:

C's function pointer type definitions aren't all that easy to read, but here's a compatible Rust function that matches our earlier FFI declarations:

The function has a generic parameter, so to declare the matching pointer type we can either use a concrete lifetime and thread that through the container hierarchy a bit or, more conveniently and accurately, we can use a type alias to a polymorphic function pointer type:

💁‍♂️ Rust's documentation doesn't quite spell out that this is possible for plain function pointers in addition to traits, or what to call it. The one specific mention I found after digging for a bit is the ForLifetimes? in the formal grammar on function pointer types, which just links to the section on where clauses.

(Thanks for the correction, Mazdak Farrokhzad!)

I hope this post has been helpful so far. pebble-sys is still a work in progress, but I believe it's on a good trajectory and this is just about everything I learned while working on it so far. It's actually my first FFI binding (not counting C#), but it's fun to go a bit beyond transliterating the C declarations 😅

For the next post, I want to cover the constructs I used to reconcile Pebble's polymorphic OOP API, memory safety, and 24kB of app working memory in pebble-skip. You'll also see a custom fallible Box with direct unsizing coercions.

¹ Full disclosure: I was unable to find a direct mention of this latter bit. However, without reentrant mutable references, available pointer arithmetic would essentially be nonsensical, so I'm pretty sure re-entering mutable references from pointers is legal. It would be good to have some clarification here. 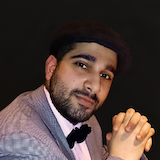 "Higher-ranked type alias" isn't entirely right here, but its good to think about the type theory. What you have on RHS is a prenex (rank-0) polymorphic type, and the type alias itself is still in prenex form. You would need e.g., for<'a> fn(fn(&'a u8)) to have a rank-1 type, which would indeed be higher ranked.

Thank you, this gave me enough pointers to look the terms up properly.

I've (hopefully) corrected the post in this regard, by switching from "higher-ranked type alias" to "type alias to a polymorphic function pointer type". The changeset can be seen here.

Sure thing! Your correction looks spot on to me.